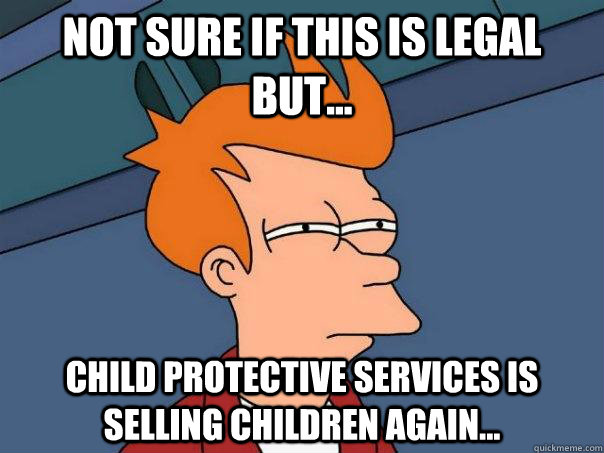 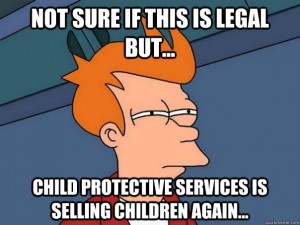 Eugene, OR: June 26, 2016 — Although 3 ½ year old M.E.D. has not yet been removed from his parents loving care as of yet, his parents fought back against Lane County DHS Child Welfare and filed a Federal lawsuit against the state on June 8th after discovering massive amounts of fraud that had occurred by DHS case workers over the last six months in regards to the mishandling of their case. In direct retaliation, the father’s disability benefits were slashed to next to nothing and the agency filed a “new” bogus child welfare case in an attempt to sidestep the Federal courts established jurisdiction over the matter.

The story unfolds after the mother took M.E.D. to the Riverbend Emergency Room last December to get him checked out. After the doctors told her he was okay and they began to check out, the police were called and the mother and child were detained against their will, for several hours as other unnecessary and invasive procedures ensued.

It was revealed at some point that the father was on disability, which is what the mother believes to have contributed to the gross police misconduct. Once the sleep deprived mother had finally had enough of the abuse of power, and was clearly upset about the situation, the tables were turned and Lane County Child Welfare was contacted. When the mother refused to sign an ROI without an attorney present, DHS caseworker Kelsey Nielson retaliated against the family by initiating a safety monitoring plan, alleging that the child was not safe in the mother’s care. The mother was informed that if she left the ER with her child, she would be arrested and detained and her child would be taken into protective custody.

On December 29th, just 4 days after Christmas, Kelsey Nielson once again threatened the mother stating that if she didn’t sign a voluntary service plan, her child would be taken into protective custody 2 days later and court would get involved. The mother reluctantly submitted and agreed to the “voluntary” plan to avoid court involvement. 4 days later, the family was served with a faulty summons to appear at the Lane County Juvenile Court with their child. No statement of their parental rights were included with the summons, as required by law.

The mother hired a private attorney for $5,000 who coerced her and her husband, in collusion with the DHS caseworker, to admit to “possibly benefitting from additional parenting classes” and to “having a traumatic brain injury. Because these admissions weren’t crimes, they were told everything would be fine, and over the course of 6 months, the parents jumped through multiple hoops in order to maintain legal custody of their child. Nevertheless, the agency was always asking them to do more and more.

Finally, they demanded that both parents undergo psychiatric evaluations with DHS staffed psychologists. Because they had heard of the danger of undergoing such biased types of exams, and after finally receiving copies of their discoveries from their attorneys, the parents fired their attornies and took matters into their own hands, filing notices of tort claims and initiating a full blown Federal lawsuit against the state.

The agency retaliated by falsely alleging that the mother “believes children at her son’s daycare slice their fingers off with knives” and that she let M.E.D. “runs around in a parking lot” that doesn’t even exist. This time, mother fired her new public defender and represented herself pro se. She asked the judge if she was entitled to fair and meaningful hearing, and much to her surprise, the juvenile court judge changed her entire tone.

The mother caught the caseworker in multiple lies under oath, in front of the judge. Towards the end of the hearing on June 16th, the judge acknowledged that her ability to make any decisions on the old case was stayed due to the Federal lawsuit. However, she misinterpreted that she could make decisions on the new case, and set the shelter hearing over to June 22nd at 1:30 pm. She informed DHS that they could remove a child from a home if they believed they were in serious danger, but she was not going to make any such orders or grant them permission to do so until the hearing was completed. The hearing has been set over once again until this Wednesday, June 29th.

Once the family arrived home, they had gotten word from the other arm of DHS, Seniors & Disabled Services, that nearly all of their household income was being cut. They also discovered a Protective Custody Order that was dated for the day before, thus proving a premeditated plan to kidnap their child had been made, alleging that the parents failed to participate in any services, and that their child was to be placed in “stranger foster care”.

On June 20th, two DHS caseworkers arrived at the family’s residence with six Eugene Police Officers. They
claimed that they were there to take custody of their child. The parents refused to open the door because the officers were unable to produce a warrant to that effect. However, despite the Federal court papers pinned to their door, the officers and caseworkers repeatedly claimed that they had legal custody of their child. They eventually left and have not returned since. The entire charade was caught on camera. M.E.D. could be seen playing safely in the kitchen, but stating “I don’t want to be taken” as his mother tried to console him that everything would be fine.

For now, the family is safe and out of harm’s way until the continuation of the shelter hearing being held this Wednesday. But there is no telling what the next corrupt action will be at this point.

What the judge, DHS, and the other attorneys don’t seem to understand, is that the Federal lawsuit stays ALL juvenile court proceedings, including but not limited to removal of the child from the parents custody in addition to all illegal hearings and new cases that arise in regards to the matter.