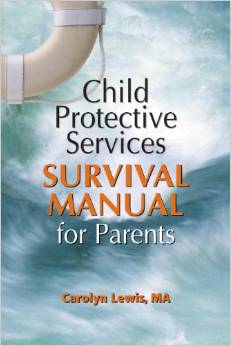 If you don’t comply they’ll Take Your Child

After having been involved in my own custody battle and losing some of my children to my ex-husband due to the fact that I’m disabled, I sought support for my grief. In doing so, I met other parents who had been through the nightmare of child custody loss. 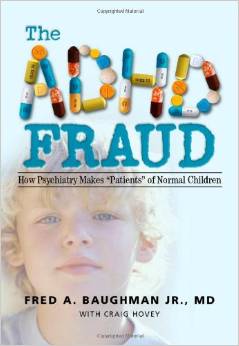 One married couple, David and Mandy, had lost custody temporarily and told me a tale so unbelievable I wouldn’t have believed it if I hadn’t had first-hand experience of state corruption. Their custody of their newly born baby son George was taken – including their right to make medical decisions – because they went against orthodox medical advice.

David and Mandy didn’t have a child until they reached their 40’s. Mandy had an aggressive type of arthritis that required immune modulating medication; because of this they had decided it was best not to have children. As the years ticked by and Mandy got closer to menopause, she inevitably changed her mind and they managed to conceive quickly after altering the medication.

Unfortunately the birth didn’t go to plan and they had to be transferred to hospital for an assisted delivery. That is where their nightmare began. Staff at the hospital seemed to be contemptuous because they had planned a home birth and because they were older first time parents. Their attitude only got worse when Mandy refused a forceps delivery and told them if they wanted to use forceps she would have to be sedated first. Although they complied with the unusual request, they viewed her as an oppositional patient.

The Fallacy of Informed Consent

After the birth of a healthy 8 lbs. son, they informed staff they were refusing Hepatitis B vaccine for baby George because it was a sexually transmitted disease and they knew that Mandy didn’t have Hepatitis B. The couple had been married more than 20 years and were sexually faithful to each other and the only way that George could contract the disease as a newborn was by infection during childbirth. As his mother wasn’t infected, this was impossible.

They knew that all drugs have side-effects and decided the injection was unnecessary for George. Informed consent or refusal of medical interventions is supposed to be a cornerstone of modern medical practice, but in reality, over-reaching authorities class ‘medical neglect’ as ‘not following medical recommendations’. Hostile staff informed child protective services.

They were allowed to leave the hospital with their baby but on arrival home had CPS knocking their door down. Instead of being able to enjoy their new baby, they faced a lengthy interview about their unorthodox views and were accused of ‘not trusting’ medical professionals and putting their baby at risk by attempting a home birth, delaying forceps intervention and refusing a vaccination.

Social workers questioned whether Mandy’s arthritis would make her a suitable carer for baby George since David was at work during the day. They held an emergency meeting and court hearing and decided that George should be placed in the custody of the state until the parents ‘prove’ their suitability to be his parents. Tiny George – only a few days old – was taken by force from the arms of his distraught and begging mother.

Big Brother is Watching You

They were only allowed to visit him in a DFS center where they would be monitored to see how they were looking after the baby (something reminiscent of George Orwell’s ‘1984’) and they had to be accompanied to all medical visits where the final say was with the state (although they didn’t force the vaccination that the parents had declined).

Eventually, when no neglect or abuse could be found and they had no ‘spurious’ reason to keep George from his parents, they were given physical custody with medical custody remaining with the state. Social workers visited their home daily and controlled most of what they did. They were prevented from using cloth diapers, as the social workers said this was ‘unhygienic’ and when Mandy made George home cooked food with a blender, she was told she had to feed him commercial baby food.

It took David and Mandy until their baby was nearly a year old to regain medical custody of him and far longer than that to repair their strained marriage.

Theirs is by no means the only case. Medical care is purported to be free to refuse, but if you say no to a proposed treatment, openly challenge a medical professional or make a choice that is a little ‘outside the box’ (for instance, home birth) you could be red flagged by social services or have your child taken away from you.

The Story of Justina Pelletier

Teenager Justina Pelletier was taken from her parents when two hospitals that were treating her, disagreed over her care. Justina, a former ice skater with Mitochondrial disease, was admitted to Boston Children’s Hospital, where a junior doctor who said that mitochondrial disease did not exist and that their daughter really had Somatoform Disorder, a mental health disorder caused by stress.

Doctors at the hospital said she’d been misdiagnosed and falsely medicated. When her parents objected and said they would seek a second opinion from another hospital, child welfare workers were called in and the family were prevented from leaving the hospital. Custody was given to the state and Justina was locked in a psychiatric ward for 16 months.

She later told journalists that medical staff there were ‘so mean and nasty’ to her, accusing her of faking her illness. She was only allowed one hour a week to visit her parents.

Since getting her back in the ensuing court battle, Justina’s parents say that ‘it was all a mad psychiatric experiment’ and accuse Boston Children’s of experimenting on their daughter without consent. Although Justina is now home, because she was denied treatment for her mitochondrial disease during her forced detainment, she is now unable to walk and is confined to a wheelchair – a tragic example of what can happen if the state get their hands on your child.

Justina Pelletier Says No One Should Go Through Her Ordeal, Fox News, accessed July 23, 2014,
http://www.foxnews.com/us/2014/06/28/justina-pelletier-says-no-one-should-go-through-her-ordeal/