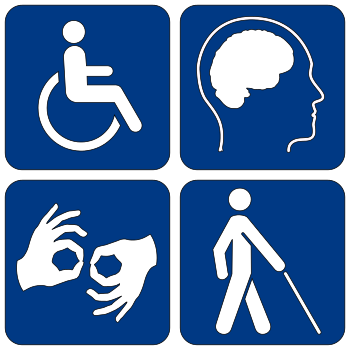 I am a disabled parent who had five beautiful children. I was born at only 24 weeks gestation and had brain damage that caused cerebral palsy. I grew up enjoying a normal childhood in farming country, building dens, playing in hay stacks and having a free run of our village.

I married my childhood sweetheart at the age of 18, gave birth to a son. After five months, I took an evening job as a receptionist to support us as my husband went through university. A few years later and after giving birth to four more children and helping out in my husband’s electrical store, he dropped a bombshell, he didn’t want to be married anymore, he’d tied himself down too young by being with me. I thought at the time that was the worst day of my life but it was nothing compared to the custody nightmare that was about to follow. After obtaining a residency order in my favor, he locked me in our home and left with all our children, including my three week old newborn baby. I was absolutely frantic and called the police.

I showed them my court order but they informed me that as I had married the father of my children, all they were prepared to do was do a ‘safe and well’ check, despite the fact that my newborn was totally breastfed and dependent. After leaving, telling me rather curtly that ‘There’s more than one way to feed a baby’, I was forced to beg my ex-husband on the telephone for the return of our children. 24 hours later, he returned only my two year old and newborn, keeping my older children at an unknown location.

From the moment the police had been called, CPS got involved and that was the start of a two year harassment campaign from them, most of it centred around my disability. They asserted incorrectly that I was not able to bath my babies because I had refused to answer what I viewed as discriminatory questioning about my parenting skills and I was told I had to consent to a social worker coming in to bath my children every day and if I didn’t, they’d be removed from me.

On one occasion they broke down my front door when I had gone out. People would turn up unannounced to ‘spot check’ me and they kept this up for a two year duration. I was court ordered to attend a parenting class but I refused to comply, saying that I had successfully cared for my children for years while my husband was working and didn’t need any classes. I asked why my able bodied husband was not asked to attend a class and I was told he didn’t need one as he didn’t have my disabilities.

On meeting me for the first time, the first words from the guardian ad litem’s mouth were “Oh goodness, how do you cope?” Not hello, or nice to meet you . I knew from that point that I was in for a rough ride.

When the case went to court, I discovered that the police had failed to honor my court order because ‘there were disability issues’. I was shocked and appalled that in the 21st century, people could still be deemed unfit to be a parent because they are disabled.

By the time all the interviews had been conducted, more than seven months had passed so when it finally went to court, the judge said the older children had been with their father for months and it would be cruel to move them so he awarded him custody – a delay that only happened because of the fact that I had to prove myself fit to parent and as a disabled woman I had higher standards to meet than your average able parent.

Fast forward a whole decade and my ex-husband was still pursuing me through the courts for custody. After being diagnosed with ankylosing spondylitis in 2010, my health deteriorated. I had to have major surgery. This was brought up in court and it was asserted I was not ‘fit’ enough to be a mother, despite having hired help. I was also accused of abusing prescription drugs because I had to take medications. It was inferred by the Guardian ad litem that my children may be acting as ‘carers’ for me, in spite of my assistant’s employment with me. Shockingly, the court allowed all these accusations to be levelled against me. I was informed I had to answer questions about my disability because my health was the reason my ability to parent was under scrutiny.

I was allowed to keep my two youngest children but I shouldn’t have had more than a decade of my life trying to defend my right to be a parent just because I was born disabled.

I found out that there is no law to protect the relationship between a disabled parent and their children. The American’s with Disabilities Act doesn’t have a section on parenting and two thirds of dependency statutes allow a court to determine that a parent is ‘unfit’ on the basis that they are disabled.

Disabled parents frequently struggle to retain custody and are the only group of people where it is legal to discriminate against them. Up to 80% of parents with an intellectual disability will have their children removed. For physical disabilities the rate is 40% or higher and for those with physical disabilities going through custody disputes, 13% will be treated unfairly on the basis of disability. Parents who have psychological disabilities such as bipolar disorder or anorexia will very often have their children removed if they come under the radar of the authorities. In addition – sometimes a disabled parent will be denied the right to any visitation because of court judgements that are stereotypical and the court assumption that children will be forced into ‘caring’ roles with their parent, a view that doesn’t support what researchers have found.

After my experiences I have launched an official complaint with the government and I hope to create amendments to disability discrimination laws so that child custody cannot be decided on the basis of disability. I also hope to outlaw interrogation about disability so that in the absence of any real child protection concerns, disabled parents shouldn’t have to ‘prove’ they can be parents.

Rocking the Cradle: Ensuring the Rights of Parents with Disabilities and their Children, National Council on Disability, accessed July 6, 2014, http://www.ncd.gov/publications/2012/Sep272012/

When a Parent has an Eating Disorder, The New York Times, accessed July 6, 2014, http://consults.blogs.nytimes.com/2009/07/20/adult-children-of-eating-disordered-parents/