My name is Tonya, and this is my story. 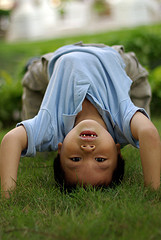 Fifteen months ago I was living in the state of New York with my children, Maddy, and Michael. I had to go to Texas to take care of some business and left my children in the care of the man we s shared a house with.

One week after I was in Texas, my son called me and told me his sister and he had been thrown out into the snow. I called the local police there and asked them to pick up my children and take them to the airport where I would provide plane tickets for then to be returned to me in Houston.

The officer chose instead to take them into custody.  I was then charged with neglect and abandonment. Since then, they have drugged and institutionalized my son, and accused him of sexually abusing my daughter. She will not state that and misses her brother very much. I was told that they would have a psychiatrist say that my children could not live in the same home, and if I wanted my son I needed to sign away my rights to my daughter.

The foster parents want to adopt her. I have not signed anything. My son has been in a facility for a year, and due to lack of finances I have not seen my children since last July. I just recently discovered that there was help for me, and I am fighting with all my heart.

I am attending school to get a degree in criminal justice so that I can help others. I am starting a group called Mothers against CPS corruption.

Thank you for hearing my story and giving me hope.