I’ve had several people in the past few weeks tell me that they wish to care for their own family members – as opposed to having them placed in foster care, with strangers. These grandparents, aunts, uncles and other close relatives are being told they must become certified foster parents. 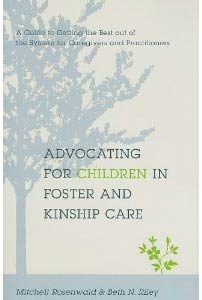 Federal law requires that state social workers attempt to find suitable placement for “at risk” children, who are removed from their home. In many cases the state is merely paying lip-service and doesn’t actually follow the law.

This is a violation of federal law and the state can lose their federal funding. You should always report such violations of federal law to your U.S. House Representation. Call and request an investigation. You will need to provide them with a legal release form, along with the facts and any supporting documents.

Many grandparents who take in grandchildren qualify for a $300 Temporary Assistance for Needy Families grant. The amount is the same regardless of the number of children in a family.

Grandparents also can become certified as foster parents, and take in their own grandchildren through the state system. That means more financial support. Monthly foster payments per child in Idaho range from $274 to $431 based on age; payments increase if children have special needs. Foster children get Medicaid cards and other benefits.

But many families don’t want to do that, Perry said. Some bristle at the idea of giving the state that much control over their families, even temporarily.

“They feel taking care of their own family is their responsibility,” he said.

Tracee Crawford, one of the leaders of the Grandparents as Parents of the Treasure Valley, a Southwest Idaho support group, said grandparents sometimes hesitate to ask for help of any kind, afraid that if they make trouble, their children will take the grandchildren away.

Becoming a legal guardian, another option, comes with its own complications, including steep legal costs, said Crawford.

She became part of a kin-care family when her daughter had cancer. Crawford cared for her and her grandson until her daughter died. She’s been in long legal battles with her former son-in-law over visitation rights with her grandson.

“To become a legal guardian, you have to prove a parent — your child — is unfit,” she said. “That’s really hard to do” — factually and emotionally.

Each state is different, which makes it difficult to know exactly what the law is your own state.

In my own case, I was shocked to find that while I was getting monthly kinship care checks from the State of California of ($357 – back in 2002), at the same time, another relative had a sibling to my grandson. The only difference was that they lived in Michigan; her checks from the State of Michigan – $123.  I felt bad for her because this child has autism and even in Michigan $123. doesn’t go far.

Be sure you check into your own states law, make a few phone calls, talk to an attorney and check out a few state websites before you sign anything. The choice you make could make a big difference in just how much help you are entitled to.

On that note, let me just remind you that if you accept money from the state, you accept all the strings that go along with that money, but it’s better than starving — maybe. We didn’t like giving up so much of our privacy, so we stopped received state funds many years ago – as soon as we could stand on our own two feet.

Knowledge is Power! Exercise your brain.