Love your website. Thank you so much for sharing it with those of us who have been raped by the system. Although, I am so sorry and upset that it is even an issue in this country!

I thought I would share a little bit of my story with you. 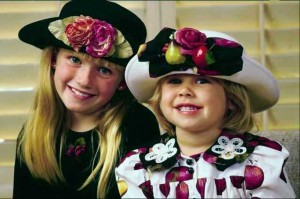 First, I have a friend who is a social worker who was helping me the moments before CPS came to my door. She told me to let them in or they will get a warrant and that it looks guilty if I don’t. So I let them in.

I let them interview my children. The worker interviewed my two older children together. My 8-year-old generally tells the truth, unless my bossy 11-year-old is around to sway her. My mother was the one who reported me. My 11-year-old went along with the story that my mother cooked up because she really wanted to live with my mom because she “buys her things” (this she said later in front of a CPS-paid counselor). Also, I think it’s important to note that I have cut all ties with my mom since this incident in August.

Anyway, when the CPS worker then came from her interview with the kids and asked me what happened, I told her the truth, to which she replied, “Well, I always believe the kids.”

Then why ask for my side? They wanted to kick me out of my house for seven days. I refused to sign any papers until morning when an attorney could look them over but agreed to leave my home anyway.

The worker then threatened to remove my children and put them in foster care if I did not sign the papers. They were not an admission of guilt, but an agreement to leave. I did not know that at the time, but I felt like I was signing under duress and couldn’t think clearly to even know what I was signing. It was awful. I was even breastfeeding at the time but they didn’t care.

They ended up opening a case for 90-days. Two social workers, a parenting coach and a counselor, were hired by CPS from an outside agency to come into my home three times per week. They also forced me to put my two year old son into daycare for the first time in his life. I am a stay-at-home mom so this was very traumatic for him.

They also had a counselor from an outside counseling agency come into my home to see the children once a week. After the counselors and social workers came into my home, they told me that I am a great mom, that my family situation is not one that they would typically be called to, and that they have reported only good things to CPS.

After complaints from my friends to CPS and my lawyer to the prosecutor about the initial case worker who illegally forced me to sign papers, they moved my case worker to another county. I got a new case worker who was, thankfully, much more intelligent. But it was too late. They already decided to substantiate “hitting” and “psychological and emotional abuse.”

I am appealing this decision. I have a hearing in about two weeks. I still have my attorney, which I have spent $1,000 to retain for this whole ordeal. Hopefully, it will be done soon because I don’t have very much money left. I am not sure how to defend myself and prove my innocence because to those who don’t know me and my family personally, it looks like I am simply pointing the finger at my mom for the blame and not taking any responsibility. But it is the truth!

I have some questions that I would like to pose to you because I have been researching, but I can’t find any information about. Firstly, how can they take an anonymous phone call from someone and not allow you to address your accuser, as a rapist or attempted murderer would be allowed to do? How is that legal?

Secondly, how are the infamous CPS state lists, going by various names from state to state, legal? The people who’s names are on the lists are guilty until proven innocent, which is the complete opposite of what our legal system is supposed to be. These lists are a collection of opinions not necessarily based on fact or evidence. Furthermore, they share this information with employers, but confess that all information regarding our cases are confidential because it’s a juvenile matter. That is contradictory and confusing.

I am just so torn up about this and I wish I had a million dollars because I would be the one who goes to the Supreme Court about outlawing those lists and confidential tips.

Thanks again for all you are doing,
Kim,
Pennsylvania