Hi, I’m not sure how much information I can give without getting myself in trouble or jeopardizing my case to get my son back but, I need some people to reach out and help me and give me advice so here it goes: 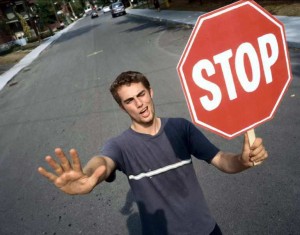 I have been a foster mom in the state of Tennessee for almost 2 years, I have helped many children and I am still in touch with the ones that were old enough to keep in touch with me. Most of them still call me momma, which warms my heart.

Well, one of my foster daughters (age 17) stole my vehicle to run away in (mind you there, is no information on the records they gave me about her run away charges) . She led the police on a 105 mph car chase, which ended with my vehicle being totaled, after she took out 75 foot of guardrail and a 2010 Sheriff’s car. Thank God, no one was hurt.

I filed a claim with the State of Tennessee, requesting payment for the damages, I did not even ask for the amount that it would take to replace the vehicle and pay for the guardrail. They denied my claim, stating I need to prove DHS negligent.

I have all of the proof I need to prove them negligent but, I haven’t been able to work on my appeal because they came and took my 2 foster sons on Friday, the 10th of December.

My daughter was in a car wreck, a school bus ran her off the road. We were in an ambulance, on our way to the hospital around 4:30 p.m. that afternoon. I got a call from my mother, who was caring for my son, while I was at the hospital, with my daughter. She told me I needed to get to her house immediately that CPS and a police officer were there about my son.

Thank God, my daughter was okay and we were leaving the hospital when she called. I talked to my mom several times while we were on our way to her house. We were told that if my husband came to my parent’s house he would be arrested (he is on the sex offender registry) and that he was not allowed around my son.

I got there and spoke with them; I told them that by law my husband is allowed to be around my son. The officer said well, “If he comes in here, I will arrest him.”

CPS didn’t take my son that night and I did sign a hand written safety plan stating that I would not let my son be around my husband unsupervised. We went to the local Sheriff’s office and one of their investigators said that was not grounds for removal from our home. She looked up the laws from the Tennessee Bureau of Investigations stating that my husband could be around my son all day and night but could not sleep in the same house. (My husband filed a no lo contender plea in 1993 three years after the alleged crime)

We are in the process of having his name taken off the registry, since it was not suppose to be there in the first place.

Well, I called the CPS office and gave them the investigators name and number so that she could get the information regarding the law for herself. A CPS worker asked if my son, my husband and I could meet her at the DCS office to talk, I said sure. We went there and talked to her, she told me to make certain that when they were together that the visit was supervised.

We thought everything was fine and going great, when on December 16th, I got a call from the CPS worker asking if Aiden and I could come to the office the next day to sign a safety plan. My mom and daughter were invited to come along as well, if they wanted to.

I didn’t have a problem with this, since I had already signed a hand written safety plan.

When arrived there the next day, I discovered that I had been lied to! They did not want me to sign a Safety Plan — they took my son!!!!

I had done everything they asked me to do; we followed every law. I told them again, what I told them on the 10th of December, that I am willing do whatever it takes to keep my son at home (which is suppose to be their main goal). If necessary, I would divorce my husband whom I love with all my heart and I would make him leave the property. (We have a garage apartment where he sleeps at night.)

The Supervisor of CPS told me that my son was being taken because of my bad choice of my son’s father and my bad choice of marrying a sex offender, who does not have a record, other than that charge 20 years ago.

We went to court. The judge said she knew my husband and that he was a good guy, but she lets DCS/CPS make these kinds of decisions. She supported their opinions.

I was unable to spend Christmas with my little boy. He did not get to wake up to Santa. This is tearing my family apart. I am allowed only one visit a week for 4-hours.

My mom is a licensed foster parent as well, so she has my son, but they still have to tear him off me, when it is time for me to leave. Not only have they taken me away from my son, they have taken my away from the support of my family.

I was told the only way to get my son back is to divorce my husband. Why should I have to do that? It is not against the law — but that is what I am doing after writing this letter. The divorce papers will be filed tomorrow. On what grounds I am not sure. I don’t know maybe the grounds will be the State of Tennessee is making me get a divorce, so my son can come home and I can have the rest of my family back together.

We go to court in a week and a half. If I am not granted my son back into my custody, things are going to get very bad in this county and in the State of Tennessee. You will be seeing this story on the news and in the paper, even on CNN. I will do what ever it takes to get my son home — he is my life.

Please if you know of anything or anyone that can help me, in this short amount of time, please let me know.