CPS is the devil himself!

Denver, Colorado Division of Child Welfare (CPS) has been in our lives for two years now because of a pediatrician turning us in for homeschooling. Since then, our child, who has Autism and is non-verbal, has been court ordered to attend public school. He went to school all last year and we have jumped through all of their hoops for two long years now. 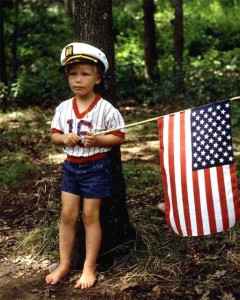 This year our boy has missed a lot of school due to illness, sleeping issues and lack of communication and cooperation from his school. The social worker who is totally unknowledgeable about Autism and all the behavioral, health, and sensory issues that go along with it, thinks we are just keeping him out of school on purpose even though we explained to her why he misses school. We even take him to the doctor when he’s sick and we get excuses.

Now, just recently, he has been court ordered to go to school no matter what, unless he is excused by a doctor, or else be taken away from us, his loving parents. Well, the day he was to go back to school after that court hearing, he came down with the croup; we kept him home and took him to the doctor’s. We got an excuse also. He stayed out of school a few more days because he was very sick, and he has a very low immune system on top of it, which makes it harder to get over illnesses.

When he finally went back to school after being sick, he was not completely well, we dropped him off with a professional therapist who is court ordered to help see him off to school from our home.

When the Para professionals, teacher’s aides, brought him to the car after school, he got into the car and as we were driving off, we noticed a rip in his pants in the crotch area. We did not know how big the rip was until we got home and changed his underwear. The rip was a 6-inch gaping hole in the entire crotch area that was initially cut then torn by, we believe, someone at the school. There was no way our child did that himself and there was no playground equipment there, there is no explanation for it.

When we saw that, we immediately called the classroom to ask the teacher what happened. NO answer after we left three messages asking her to return our call. So, I emailed the superintendent and told them about it. I said I wanted to know what happened to the pants.

Again, no answer. I called my advocate to ask what we should do but could only leave her a message. She apparently got my message but instead of calling me back, she called social services. The next day social services called and wanted to get the police involved. We did not want to do that just yet but we had no choice at that point.

Our child was examined by the crisis center’s doctor and everything was documented with pictures taken of some bruises on his thighs as well. He had to miss school that day too. We kept him home for two days after the incident because we were very worried about what happened and not having any explanation or answers made our anxiety levels go through the roof.

Little did we know that our caseworker would come over to our home to blame us for the incident and accuse us of causing it ourselves just so we could keep our son out of school. She believed the school when they eventually said that we sent him to school that way. We have a witness that he did not arrive to school that way but she did not care what we had to say about it.

Now her and the Guardian Ad Litem for our son is requesting removal of him and are asking for custody because she claims that we have made this whole thing up to avoid sending him to school, even though we have since sent him back even during this investigation that’s going on because of the pants incident. All the while, being worried sick and having lots of feedback from rational people/parents of special needs children telling us that we did the right thing to tell someone and we should be demanding answers and keeping him out until we get them.

Our caseworker is claiming we are using this as just another issue with that school and an excuse to not send him. She is also saying that we are mentally unstable using this school incident as an excuse to keep him at home.

We are not even keeping him home from school, because of their constant threats. We have even just added additional speech and OT therapies to his agenda outside of the school setting and he is going to summer school. She has been on case for two years now and we sent him to school all last year. He has always gotten services throughout his life since his diagnosis such as speech, OT, feeding clinic, Day Treatment at the Children’s Hospital for his sleep and feeding issues. None of anything we do or have done matters to this rotten evil caseworker and GAL.

This Guardian Ad Litem, who is totally new to our case, is stating she believes that we are incapable of getting him the services that he needs. She doesn’t even know who we are.  But we have been all these years. She is crazy. She is just making up things that make no sense whatsoever just to go along with the caseworker.

This is a travesty.

I want the whole world to know how evil CPS and social services is. They will stop at nothing and use ANY made up excuse possible to completely destroy children, their families and lives period.

Not only that, but they get big fat bonuses (thousands of dollars) to take special needs children away.

This is as outrageous as anything can ever get.