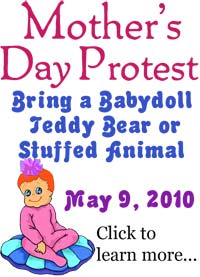 As I’ve been working on Kidjacked today, I was thinking about a conversation I had with a distraught father a couple days ago and how he had tried to generate some media interest in his case.

Then there was a woman who took me by total surprise by defending foster parents and claiming that she had fostered over 200 children belonging to parents, who were all guilty of every heinous crime one can imagine. Of course, this woman is just looking, for a pat on the back, for what she perceives as doing her civic duty.

I don’t know why these type of people always take me by surprise but they do. I’ve received some of the most hateful email one can imagine — my thanks for trying to increase awareness of our “lost generation” of children. I get so involved in the work I do that it is often hard to hear the other side.

Today, I added article after article dealing with horrible crimes against children. Parents, foster parents, boy friends of parents, the list goes on and on with tales of children horribly abused at the hands of trusted adults, sometimes even their own parents. Is it any wonder no one believes the stories found here on Kidjacked, in our little corner of the web. Children are being abused psychologically by adults; adults who are paid to inflict trauma and devastation on their innocent family. These children have no idea why they are being punished. Why they were stolen from their family. Often CPS agents tell them unspeakable lies.

I’ve added several stories just this week regarding children who were adopted out of foster care, only to be killed by their adoptive parent. Isn’t anyone paying attention? Why doesn’t the media care about these children? Children who are still alive — by the grace of God — but tortured daily in an uncaring system designed for them to fail in every way.