Mesa, Arizona — A 6-year-old little boy was taken from his home by CPS caseworkers, while he was being watched and supervised by his grandfather, a retired LTC USA. His mother had raised him for 6-years, alone as a single mother. False allegations were made to Child Protective Services, by his unwed, absentee, father so, CPS classified it as a dependency case, now the child has became a ward of the state.

This child was never abused in any way; he was a perfect example of a child that was very loved and cared for by his mother. Once they take your child, it is pretty much over. They require you to go to their doctors and programs for months spanning into years.

The mother only sees her child 4-hours a week, even though the Foster Care Review Board says the child should see the mother more often. CPS ignores any requests. There is no accountability and the time ticks away. 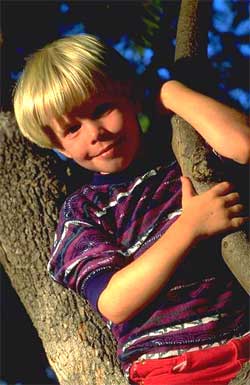 Now this perfectly good little boy is going to counseling. They are using tax dollars sending both the mother and the son to counseling sessions with different psychologists, when if they would have just left the child in his home, he would have been just fine. There is nothing to do. This organization acts as if they are God.

In all of my life I have never seen such a travesty and I truly think that CPS in Mesa, Arizona should be looked at for taking little children from their home that never should have been taken from their home. It is kidjacking and this organization should be stopped. They are making huge mistakes and no one does a darn thing about it.

This child was taken by the CPS on July 25, 2008 and has been kept from his friends and his mother for over 8-months now and it will be a year before this is over if then. Someone has to do something about the Mesa CPS department. It is most horrible to see this child repeatedly cry for his mother.

It is over in the Juvenile Court. This beautiful little child is being flown out to Utah from Arizona to a father who failed to parent him and has a history of drug and alcohol abuse. The court has removed him from a mother who never endangered him or neglected him, and was proven innocent in the court of those charges, yet CPS (Julie Weeks and Deborah Van Der Water) tried to prove for over a year that the child’s mother had a substance abuse problem.

When that did not work so they went the route of mentally ill and unfit and forced her to take medications in the hope she would get her child back. She did everything she knew how to do. CPS swept under the table the years of documentation of learning disabilities and discriminated against her and judged her because she does do things a little differently than the norm. However, she never abused her kids, not once and even in court it was said she was an excellent mother.

After 6-hours in the juvenile court the judge said the child will be going to the unwed dad in Utah, that failed in all of those 7-years to even call or send him a birthday card. This is a darn travesty like I never have seen. CPS of Mesa Arizona needs a congressional investigation and I hope advocates demand one immediately.

Child Protective Services are kidjacking innocent little children out of the arms of their mothers, who have been there for them and now have ruined two more lives; the mother who has an empty bed for her little boy, who will never come home; and a child who can’t understand why he can’t simply come home. He has no idea how to deal with that kind of pain.