A mother shares her grief and dissolutionment with anyone who will listen. This letter literally went out to hundreds of people. Please take the time to offer words of kindness, support and help if you are able. Our heart goes out to this mom and her children.

I have written to each and every one of you at least once in the past year, asking for help with my CPS case. However, by this time on Wednesday, I will be just another statistic in a very broken system. And so, I am sending out this letter to ask, not for anymore help on my behalf, but to please all pull together so that travesties like this do not fall upon other innocent families that are being torn apart everyday while those who could stop them choose to look the other way.

My story is long, but I shall retell it quickly. After having my daughter removed last January, when she was 11 months old, for suspicious breaks in her arm, she was returned to me around 6 weeks later. However, I was not ready to have her returned, having been evicted from my old house and was now staying with another family and beginning to show signs of depression form having her removed in the first place. And so, within a month, I had called my CPS worker back to ask to have her placed again until I was truly on my feet. 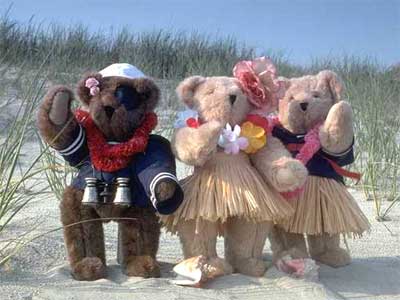 After a dark summer, in which I was hospitalized twice and remained homeless, I discovered that I was pregnant last August. I realized that I needed to turn my life around because I had now two little ones that were depending on me.

I moved back to town, began working, sought affordable housing and re-enrolled in school. I began fully complying with all CPS services. This included parenting classes, (of which I’ve taken 3) and therapy, (of which I’ve been consistently going to for one year). I also sought additional services to better myself, such as talking with a public health nurse, setting up a Hane Like home visitor through PACT and returning to church.

After my son was born, I was told by CPS that I had to remain at the homeless shelter in order to take him home from the hospital, because I would be able to be monitored by the staff. At this point, (and to this day), I had never been allowed to have an unsupervised visit with my daughter.

I want you all to know that I took excellent care of my little boy. I had already learned the basic parenting skills from raising my daughter alone, but I found my motherly love rekindled and vowed never to do anything that would bring him even close to the situation that happened to my little girl.

I watched over him liked a hawk and spoiled him to death. He was always well cared for, and was and continues to be the love of my life. He is a very happy, very healthy little boy. Until the day I die I will stand by this next statement: He should NEVER have been taken from me. Absolutely NOT. There was no reason. CPS committed a crime. He should never have been removed from my care. Never.

When he was 3 months old, my social worker called my cell phone, the day of a visit that I usually have with my daughter at a park, and asked for me to come into the CPS office for the visit. I arrived and had my 1 ½ hour supervised visit with my little girl, who is now 2 1/2. During the visit, she came down the hall and spoke in a foreign language, (I think it was Samoan), to the monitor.

After the visit, she asked me to come down the hall to another office to speak with her. The first thing she did, was ask me to sign a paper. I asked what it was for, and she said it was for an upcoming MDT that the court had asked her to schedule. I told her I couldn’t read most of it because I didn’t have my glasses with me, but she said that she would give me a copy later. (I still have no copy). After I signed it, she said, “OK, now I have a more serious matter to attend to. We are removing your son from your care today.”

I was shocked. When I asked why, she only said that there were “multiple calls” and started listing the “threats of neglect”, such as taking my young son into the shower at the homeless shelter, or not changing my sheets in our area or not cleaning his bottles thoroughly enough.

I told her that if she had these concerns, why did she not come out to the shelter? Or talk to my caseworker? If she only would have done these things, the accusations would have proven to be false. But, she only said that the calls had been confirmed. She then asked if the police had to be involved, and then they came and took my sleeping son out of my arms as I cried and she told me to “get ahold of” myself and my emotions because it was embarrassing.

This was in July. Our next court date is on Wednesday. I now live in Kanoeohe with a wonderful roommate, another single mom named Jessie. I am attending several different schools right now, and when my caseworker came to our house a few weeks ago, Jessie and I started working out a baby-sitting schedule because she had told us that she would be retuning my little prince very soon. I need you to know that she lied, again.

My son is almost 7 months old, and my daughter is 32 months. I need everyone to know that I have done everything CPS has asked of me, and then gone out of my way to do more than they’ve asked. I have also told them that I would do whatever it takes to have my children, my babies, returned home to me. I would move back in with my parents, quit work, quit school, and marry the birth father, anything. I also want you to know that, despite my caseworker repeating the phrase “reasonable efforts”, absolutely no efforts have been made to reunite me with my children. Not one. If anything, there have been obstacles and hurdles placed in my path before me to prevent me from succeeding. Nevertheless, this has not deterred me. Until now!

Though I am still struggling with this decision, I don’t feel I should fight anymore. I am weary of this battle. Of constantly trying to prove to many different people that not only am I a good mother, (nay, in their eyes, a ‘perfect’ mother), but am also successful in every aspect of my life. How can I show them that I am an emotionally stable person when they constantly dangle my children in front of me like a carrot and rip my heart out? I haven’t slept for nights at a time, my health is failing. My depression, though I am continuing therapy, medication and stress-relieving techniques, is always a constant.

I think the main thing that I have a problem with is that the people in these positions of authority do NOT have my children’s best interests in mind. They would rather punish me because of some dislike than see a mother create a beautiful life with their children.

They deserve a good life, and if that means me letting them go because I didn’t want to be selfish and ruin the first part of their lives with a lengthy, useless trial, then so be it. I love them both so very much and have very nearly fallen apart at this decision. The fact that I cannot hold them in my arms whenever I think about them breaks my heart every single, every single time.

All I can say to you is, fix the system. Please. There are families being torn apart out there. I have never been on drugs, I have never neglected or abused my children. There are SO many like me out there. Help them. Help them while they still have a chance, the chance that I don’t anymore. I am talking to all of the agencies and friends and families out there that can pull together.

And, now I am talking to all of the news media and congressional representatives. While the others are pulling together to help the families, please, pull together to fix the system. It may not be yet beyond repair. Please. I am going to court Wednesday not because I let my dog go in someone’s yard or want to build a fence on my property. These are my children. They are the most precious commodity on this earth. I think that people forget that sometimes. My case must just look like the next one, or the one before that. But, this is a life we’re talking about here, nay two lives; my two little babies. And I may never get to see them again. And there is absolutely no reason why. My caseworker says she is just going off pre-determined timelines. This shouldn’t end this way; there should be no reason. But it will. And, there’s nothing anybody can do to stop it. Not by Wednesday. But, you all may be in time to stop the next one.

Please help. Imagine if it were you. The system was started, not to break up families for grants or power, but to bring them together and help those who were struggling or lacking skill. Please help.

And the last request I have, for all of you. Love your children. I see parents at the mall and their little boys are tugging on their arms trying to tell them a joke while they swat them away. Or, the little girls that want to play dress-up with their mommy, but she tells them to be quiet because she can’t hear her soap opera. These people do not know how lucky they are. Not only do they have their children in the same home with them, but also they are missing out on the most important years of their lives.

Children are only looking for someone to love them. The hardest thing I will ever have to do, in my entire life, is say goodbye to my children. That day is 2 days away, and I don’t know if I’m ready yet. I pray none of you will ever have to go what I am going through. Parents please love your children.

God bless you all.