On December 3, 2006, our world and our life ended as we knew it. My son was falsely charged with domestic assault by his 17-year-old stepdaughter, who he had raised since she was a year old. She told her mother, who had left more than four years previous, that he slapped her and pulled her hair. She was angry because he took her computer away for having posted self-porn on the internet. The mother, once a stripper, now a prostitute and convicted drug dealer on 6-months probation, saw an opportunity to get back the two children that she had voluntarily given up and walked away from.

She called the police and asked for her friend, a detective who is not very fond of our family, to get involved. Although this detective was not on duty, he came, took my son into custody, detained him there and proceeded to search his home without a warrant. In the "search," his laptop computer and several personal items were taken. The detective admitted that he did not have a warrant under oath in court. 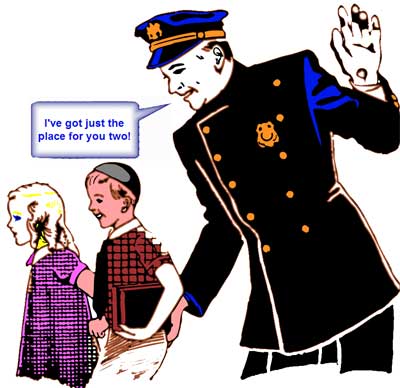 Then several police officers and DCS came to my home, walking in without a warrant or legal documents of any kind, and said the children had to go with them. Although the front door was open, the storm door was closed, they did not knock…just barged in.

We were all in the kitchen when they arrived. My husband, on oxygen, was very ill and did not need the added stress. We were with the children every day of their lives and seeing the now terrified children was very difficult. He grieved for them every day until he died five-months later.

The police and the social worker took the children back to their mother and released them to her with no foster or other preventative plan put into place, let alone to verify that she was capable of caring for her children. The children barely knew her. She had little to no interface and would only bring them a cheap toy every once in awhile. Unfortunately, that was the extent of her parenting. My son was mother, and father to all three of the children, including hers.

We had never had any experience with anything like this before. I did not know that they were supposed to have emergency removal papers. I did not know that I did not have to let them go. They have been gone for over a year and a half. We have missed Christmas for 2-years and their birthdays. Our little girl is 7 and our little boy just turned 11-last month.

DCS was supposed to investigate this case, and send us the findings within 90-days. We called Friday, and they don’t even have a file on it. They don’t even know where the children are. We have just found out that the DCS worker that came and took them, no longer works there. Our custody lawyer filed our case in court. We were forced to put it on hold, pending the outcome of the abuse case. My son was told that if he went through with the custody case that they would throw him back in jail.

After he was charged with assault, the detective and 12 police officers in body armor came 3-days later, and charged him with rape of a child – 33 counts, and he was put on 1 million dollar bond. Then after they threw him in jail, they took the daughter the next day for a rape test, and she is still a virgin. Her hymen is intact, no rips, no tears, no notches. They asked her leading questions, and with coaching from her mother, she has told terrible lies. My son sat in jail for 1-½ months before he got a bond reduction hearing lowering the bond to $250,000. We were also put on a protective order that prevented us from contact within 1000 feet of them and no contact, not even supervised visits.

We were never advised by our counsel that any of the actions on the part of the DCS and the police was illegal, until we changed attorneys recently. And, although he said that the Judge was wrong, we’ve still been prevented from seeing them. They would not let us get a GAL for them, saying they would put my son back in jail. They will not let us see the police report; in fact, they are hiding it from us.

They are also withholding exculpatory evidence. They have changed judges 4-times, we’ve been to court 29-times, and they have changed the trial date, several times. It has been set again, for next month, in front of the worst judge in this county. They hid the laptop for 8-months, and finally came up with it, and now they won’t let us see it, even though 2-judges ruled that we can. This time the TBI is giving the computer expert the runaround. They have illegally taken and kept this computer for 1-½ years.

They dropped the case of domestic assault – expunged and nullified it, trying to get rid of the police report, after we went to court 5-times, demanding a hearing, and they never gave us one. This has never been done in the state of Tennessee, before. They dropped the order of protection, so that the daughter did not have to testify. When the mother took out the order of protection, under oath, she never mentioned rape. They made it all up so that she can keep the children.

Meanwhile, we are under unbearable stress. They are trying to railroad my son into prison. He has never been in any trouble. We want our children back, and we don’t even know if they are ok. They loved their grandpa; the children don’t even know he passed away. They really loved their daddy. And he loved them, and took better care of them than any man I have ever known. They were his life.

All of this because of a vindictive evil woman, a corrupted detective who everyone thinks is having an affair with her, and a teenage girl, who used to hate her mother, for being a prostitute, but now she is living with her. Not to mention the DCS worker, who didn’t care what level of trauma she put the children under by keeping them from their dad, and a corrupt judge who should have thrown this case out.

It is a waste of taxpayer’s money. This happened in Smyrna, Tennessee, and will be tried in Murfreesboro, Tennessee. Rutherford County is well known for its corruption. DCS was supposed to notify us of their finding over a year ago. We haven’t heard a word. Everyone should be aware of what is going on in this country, by DCS workers, corrupt police, corrupt prosecuting attorneys and arrogant judges.

I have written to the governor, the states attorney, Jesse Jackson, the ACLU, our congressmen and senators, and everyone that I could think of. I told the whole story, and sent them all certified, and notarized. I have not heard a word.

If there is any way you can help me — maybe a website that I can post the letter from my attorney on, or anything at all to help, we would appreciate it.

Update: The head judge of the county has, by court order, sent this case back to the 2nd judge, for trial. This judge is not nearly as bad as the head judge. The TBI have finally allowed our experts to examine the computer.