State workers often turn deaf ear to abuse reports made by parents who’s children have been Kidjacked by the state and reside with strangers in foster care. 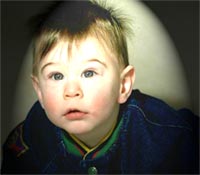 I am sitting here tonight stunned beyond words; my own anger and frustration rises up and threatens to overwhelm me. I can’t put myself in the mother’s shoes, it just hurts too much. I’ll try to explain, please forgive me if I fail to clearly convey the real horror of it all.

I’ve been in contact with a woman, who is brave and very desperate. Her children have been removed and placed in two separate foster homes. I call her brave because she has sent copies of e-mail correspondence to me that are considered "privileged" by the state she lives in. Privileged for good reason.

Her children were well cared for while in her home and while under her care. She now has irrefutable documentation that at least one child is being beaten and abused while in the states care. Yet, this tiny two-year-old child is being kept from her and held against his will. Today the child is being moved to the home of yet another set of strangers. Denied the comfort of his mothers arms.

The mother sent an e-mail to her caseworker yesterday detailing the injuries inflicted upon the child:

The injuries were documented by the mother and the visitation monitor on film.

I suppose the caseworker should be commended for responding to these allegations. All too often allegations such as these are covered up and ignored all together. The response came with a disclaimer of course:

The information contained in this electronic message is legally privileged and confidential under applicable law and is intended only for the use of the individual(s) or entity named above.

Let me get this straight. The child in question is knowingly being abused while in state care, yet the mother is being told she can’t talk about it or do anything about it.

I returned to the office from court and became aware of the situation with XXXXXX. Please know that I am also distressed by the marks on XXXXXX and we have taken all necessary steps to correct the situation. XXXXXX is, as we speak, being moved to a new foster home and we have initiated a full investigation into what occurred and have filed an IIU (Third Party investigation of a Provider) Referral on the foster home.

I am deeply sorry that whatever occurred did and will do everything I can to find out the situation and rectify it. Unfortunately XXXXXX placement cannot currently accommodate the sibling.

We have to wonder why the child wasn’t taken to the hospital to have the wounds attended to. Could it be that the caseworker was concerned with what a doctor would have to say in court about the injuries? The state was notified on several occasions that this child was being abused, yet no investigation was initiated on behalf of the mother’s concerns, until the situation had escalated to the point where the child’s health was in serious jeopardy.

When a friend, neighbor or perfect stranger is convinced that a child is being abused, every state in the country provides a toll-free number to report the alleged abuse or neglect. You aren’t even required to leave your name. However, if you are a parent with concerns regarding the safety of your children, while in state care, no amount of calling with initiate an investigation. After all a parent will say anything to get their child returned, even make allegations they know to be false.

My point is that complete strangers have more rights, where your children are concerned. In my book this is just wrong. Anyone making a claim that a child is being abused should have to go on record with the complaint and be subpoenaed into court to testify. Every credible allegation should be required to be investigated by state workers, regardless of who is making the complaint. Lastly, these crazy confidentiality laws that protect the state need to be abolished post haste.

Child abuse is against the law, no matter who is committing the abuse. Protecting state workers, who cover up child abuse, is wrong, they need to be held accountable for their actions. These workers should be held to a higher standard of conduct, not a lower one. We can not continue to condone a system that is stacked against parents and gives credence to state paid workers who are negligent in their duties.